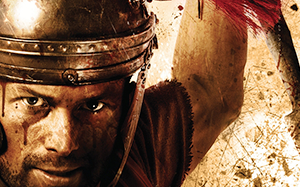 In this note, Simon looks at the history that inspired Cato and Macro’s tenth adventure, The Legion…

The Roman province of Egypt was one of the most vital assets of the empire. Rome had been interested in Egypt long before Octavian (who later adopted the title of Augustus) annexed Egypt following the suicide of Cleopatra – the last of the dynasty established by Ptolemy subsequent to the carve-up of Alexander the Great’s conquests. Thanks to the regular floods of the Nile, the production of wheat was prodigious. Better still, the kingdom stood at the crossroads of trade between the civilisations of the Mediterranean and the east. The wealth accrued from agriculture and trade made Alexandria the most prosperous and populous city in the world after Rome.

So it was only natural that successive emperors would jealously guard the jewel in the crown of Rome. Unlike other provinces, Egypt was the personal domain of the emperor, who appointed a prefect to govern the province in his name. Members of the senatorial class, and even those from the lower rank of the equestrians, were strictly prohibited from entering Egypt without the express permission of the emperor. Not that the febrile brew of ethnicities in Alexandria needed outside agents to provoke it into violence. One of the recurring features of the history of the province is the frequent outbreak of riots and street-fighting between the Greeks, Jews and Egyptians who inhabited Alexandria and vexed the patience of the Roman governors.

Roman rule of Egypt was based on one overriding purpose: to extract as much wealth from the province as possible. Consequently, the administrative system was run extremely efficiently to maximise tax income, and the people of Egypt were taxed to the hilt. Much of the burden rested on the middle class of the province – the traditional and easy target of tax officials then and now. As a consequence, the unlucky taxpayers eventually succumbed to debt, and the long term decline of Egypt began.

The native Egyptians had already resisted the earlier imposition of Greek culture by the Ptolemies, and the Romans never managed to persuade the natives to buy into the Roman way. Latin was the language of oppression and, outside of Alexandria and the largest cities and towns, life carried on pretty much as it had under the pharaohs. Even today, many of those living along the banks of the upper Nile still live in the same mud-brick houses as their forbears and harvest their crops by hand.

Aside from the heavy hand of their Roman masters, the local people also endured frequent raids and small invasions by Nubians and Ethiopians across the frontier south of modern Aswan. The Roman outposts either side of the narrow strip of inhabitable land on both sides of the Nile were easily overcome or circumvented, and plunder easy to come by. The legions of Rome were always stretched thinly around the thousands of miles of frontier that protected the empire. It was no different in Egypt. The three legions that Augustus had stationed there were soon reduced to two, one of which was dispersed to various postings across Egypt. The balance of troops available to the governor was made up of auxiliary cohorts. Under the close watch of the Emperor, the governor had to ensure that the wheat and tax continued to flow to Rome, while managing barely adequate forces to maintain order and defend the frontier – a truly unenviable job.

As ever, I have made sure that I walked the ground on which the novel is set. I can vouch for the discomfort of those marshes in the delta, and the searing heat of the upper Nile! The ancient ruins are also well worth a visit and I could not help but be in awe of the civilisation that had created such vast monuments long before an obscure settlement on the banks of the Tiber even came into existence. For readers who want to experience Egypt for themselves I would heartily recommend a trip to Luxor (Diospolis Magna). Many of the locations mentioned in the novel are still there and, with a little imagination, can be viewed just as Macro and Cato would have seen them.