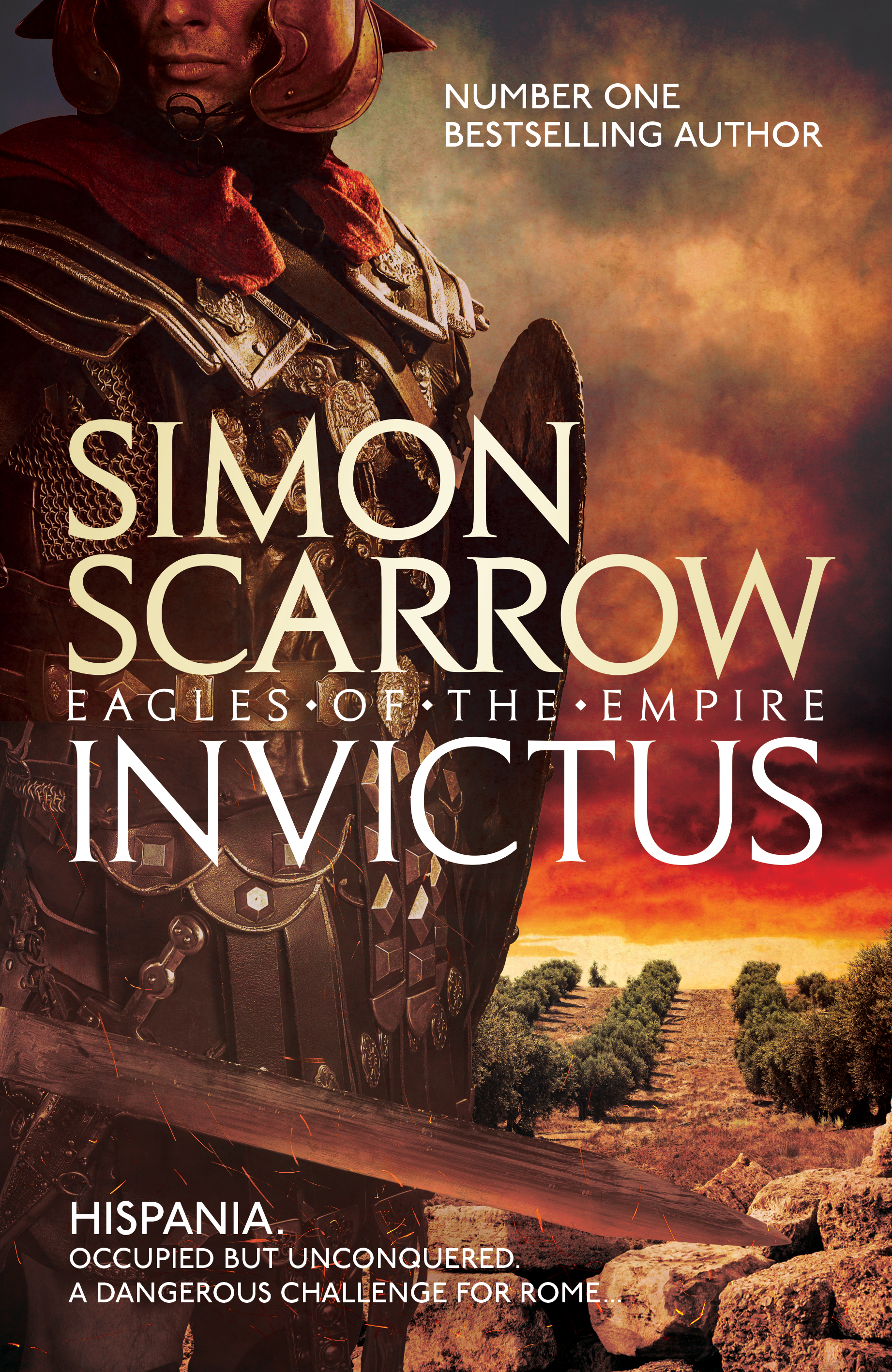 We are delighted to reveal the stunning jacket for Simon’s brand new Cato and Macro novel INVICTUS – the fifteenth instalment in his bestselling Eagles of the Empire series:

It is AD 54. The soldiers of the Roman army patrol a growing Empire, from the Mediterranean to the North Sea, from the Atlantic to the banks of the Nile. Rome brutally enforces its rule, and its legions are the most efficient and aggressive fighting force in the world. Two battle-scarred veterans of this army, Prefect Cato and Centurion Macro, have survived years of campaigning in Britannia and have been recalled to Rome. Their time in the teeming, dangerously political city is short, and soon they are travelling with the Praetorian Guard to Spain, a restless colony where simmering tension in the face of Roman rule is aggravated by bitter rivalry amongst the natives. The challenges that face two old friends and their comrades in arms are unlike any they have seen before – in a land that declares itself unconquerable…

INVICTUS will be available in hardback and eBook from 17th November 2016. Pre-order your copy now: