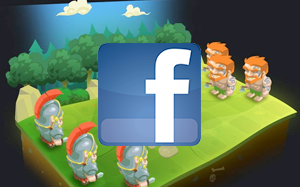 A couple of weeks ago Simon posted on his Facebook page asking for YOUR questions about the upcoming Cato and Macro mobile game, and he promised to answer the seven questions on his page that received the most likes.

We gathered the questions, passed them on to Simon, and now here are his answers…

Will it be out for Android? Ollie Drake     When’s it out? Dave Slaney

I’m going to kill two birds with one stone here. Firstly, yes the game will 100% be released for Android devices. Secondly, the iOS and Android versions of the game are set to be available for download late October/early November. The Amuzo development team are also working on a Windows 8 version which we’re hoping to release sometime early 2015.

The game will be free to download with optional in-app purchases. It will be entirely possible to be able to play the whole game without paying a penny if you choose to. But should you prefer to advance more quickly through the levels by purchasing more powerful units (including secret weapons like the Flaming Pig!) the option to do so by purchasing gems with real money is there.

Will there be plenty of Macro-isms? Joe Roach

Of course! It’s always been important to stay as true to the books as possible, and what would a game based on Cato and Macro novels be without Macro-isms?

Will there be mini games such as chariot races gladiatorial fights to earn extra bonuses? Andrew Davy

The game doesn’t include mini-games as such, but a series of levels in which there will be a variety of different goals to complete and star ratings to achieve.

The game is essentially split into two parts. Firstly, there is Base Building mode where you can build, create and maintain a settlement in order to produce units for an army. Once you’ve trained your troops here you can then enter Battle mode, journeying through the 12 levels corresponding to the Cato and Macro novels, to defeat an onslaught of enemies. Depending on the star rating you achieve determines the reward you unlock, from an author’s note from me to a section of dialogue between Cato and Macro.

Will players be able to play as both/either Cato and/or Macro? Solo adventures, buddy buddy with AI playing the other character? As Macro would say “Scarrow, let’s loosen that tongue a little, eh? (Unsheathes sword) Simon Miller

Players will play as both Cato and Macro simultaneously with each character having their own particular special abilities to bring into battle. At the moment I don’t want to give too much more away about what these are because soon enough you’ll be able to discover them for yourselves!

Is the game going to be restricted to a general overview of the complete series of books or will it be moving all round the world following Cato and Macro’s adventures? If the latter will any further novels be able to be added to the game? Ben Garrett

The game moves around the world, following Cato and Macro’s adventures as told in the books. If the game proves to be as successful as I am sure it will be then we’ll be in a position to add new features to it and take the game much further!