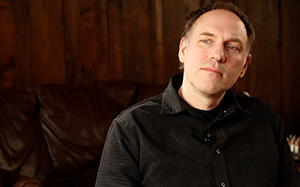 With Brothers in Blood almost ready to be unleashed, Simon answers a few questions about the Romans and the Cato and Macro series…

What could the modern world learn from the Romans?

Psychopathic imperialism? I think it’s more worthwhile asking what is the relevance of the Romans to the modern world. The best thing we can learn from them is to learn from their mistakes. This is one of the things that history does – if you look at it hard enough you begin to learn lessons for the future.

For the Romans, like any great Empire, the seeds of their destruction were found in the things that we tend to think of as their positive strengths. For example, a massive empire like theirs was always going to go broke and collapse because you simply can’t afford to run something like that on the back of one conquest after another. It’s bound to overstretch and collapse eventually.

Were the Romans a lot wilder than we are?

They’re a pretty wild bunch of guys, we really do have to accept that. Not only did they have the gladiator games, the most extreme sport possible, but they were nuts about sex. If you go to the baths at Pompeii and look at the graffiti, for example, you soon realise that these were people who had a pretty raw, in-your-face attitude to all aspects of life. They were very wild, especially compared to us.

Cato and Macro’s adventures have been hugely successful, but did you originally have a plan for such a long series?

When I started this series, my first agent said it would be great to get three, or maybe five, books out of these characters, but I was already thinking further ahead. I knew that I’d love to take a couple of soldiers and follow their entire careers through the legions, so I had already thought about perhaps 10 books.

But one of the main beauties of this series is that I haven’t planned firmly too far ahead. I’ve never said “Right, there will be 20 books, and this will happen here, and this will happen in this book”. Each book incrementally becomes an addition to their adventures, so although we’re 13 books in, there’s no way of saying when it will end. I think I’ll just know when it feels right to end the series. Whether they die or just end their careers peacefully – I don’t know yet. So I don’t know how many books there will be, and I love that. It makes the story organic and allows it to develop naturally, without having to stick to a pre-ordained plan. The story grows by itself.

Brothers in Blood is published on October 9th!