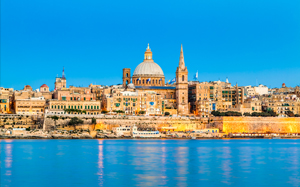 Have you read Simon’s 2012 novel SWORD AND SCIMITAR? If so, here’s a fascinating interview with Simon in which he discusses the themes and historical details behind this historial epic…

Writers of historical fiction are often asked how true to the thinking of the time the views of the contemporary characters can really be. How have you bridged the divide between sixteenth-century thinking and your own in the characters in the novel?

This is the central problem that all writers in the historical fiction genre have to grapple with. Authors want to reproduce the era they are depicting with the greatest possible fidelity. That is part of the unwritten contract with the reader and it is why we spend so much time on research to get the details (large and small) correct. Readers, myself included, like to be immersed in the everyday apparatus of the past.

But the more subtle layer of historical reproduction in fiction, which presents the greatest challenge to writers, is trying to get inside the minds of those who lived hundreds – or even thousands – of years ago. While there is no doubt that we share many of the emotions and thought processes of our forebears, modern readers would find a great number of the nuances of earlier mindsets incomprehensible at best, and would be frankly appalled by some of the views and opinions that made up the ‘common sense’ of those living in previous centuries.

We don’t even have to go very far back before we come up against ideas that run counter to our own. I have often been struck by the differences between my view of the world and that of my parents, and even more strikingly, my grandparents.

It is a little sobering to think that the present speed of change means that my children are already starting to look at me in that mildly surprised way that intimates that my views are out of date, and already vaguely ‘historic’. If we can’t get inside the minds of people who lived only a generation or two back then what realistic hope have we of understanding those who lived centuries ago? Of course we have plenty of contemporary documents which can be used to attempt a reconstruction of the way people thought and treated each other, but the results would be pretty abhorrent in the main. By modern standards our ancestors would be considered a thoroughly cruel, sexist, racist and religiously fanatic bunch and we would find it pretty tough to empathise with them, let alone actually like them.

Which is where the difficulty for historical novelists comes in. We write stories that we are fascinated by and we hope to share this interest with others. We create characters we are fond of (even the villains!) and we want to cheer them on through the challenges they face and overcome. It would be very difficult to identify with such characters if they were absolutely true to the mind-set of their age. So historical novelists have to tread a wary line between realism and romanticism in depicting these characters against a given backdrop. The setting can be rendered as realistically as possible in every sordid detail and that will delight the reader. But when we are to inhabit the minds of those who walked in the past then there must be some minimal common ground of language, thought and morality for the novel to be comprehensible, let alone enjoyable, for a contemporary reader.

In the present novel, this was not as difficult a task as it might seem thanks to the virulent religious conflicts that are still being waged around the world today. The kind of extreme beliefs that motivate fanatics today were prevalent in the sixteenth century. Thanks to Walter Scott and Hollywood, the knights who took part in the original crusades have been romanticised to such a degree that the modern usage of ‘crusade’ or ‘crusader’ tends to carry positive connotations of fixity of purpose and purity of motivation. The horrific barbarity of many aspects of the original campaigns has been frequently glossed over in the western world. The men who fought in the military orders of the Hospitallers and Templars were ruthless professional warriors who dedicated their lives to defending their faith and obliterating any threat posed to it. To modern readers, there would be little to distinguish the Knights of St John from any other holy warriors. Nor were their opponents any less ruthless or dedicated to their cause. That is why the conflict between Islam and Christianity took on an increasingly bitter edge over the long centuries of warfare. With that in mind, and, regrettably, with extensive evidence of ongoing religious strife, there was plenty of material to draw on in depicting the characters in my novel.

How would the weaponry and tactics employed in this book compare to those in play in your Roman novels?

One of the reasons why I originally became interested in the Roman period was the struggle I had in imagining how ancient warfare would have played out. In the modern era the distance between combatants has tended to increase and the process of war has become depersonalised in the main. Before the advent of firearms most combat was hand-to-hand and brutal in the extreme. In the age of Rome, those who fought in battle would see every detail of their opponents’ expressions. They would see the fear, horror, rage and pain. They would smell their sweat, blood and filth. And they would feel the impact of their blows on the flesh of their enemy, and stand amid the carnage of battle as they fought, and later as the fighting ceased. Such realities are a challenge to the imagination.

With the advent of gunpowder, that began to change. Killing at a distance became possible. By the time of the Siege of Malta in 1565 the Turks and the Christians both had access to accurate firearms as well as artillery. Fortifications were no longer determined by the height of the walls so much as their depth. When I visited Fort St Angelo I was astonished by the thickness of the defences protecting the outer bastions, fully thirty feet in places.

Added to the perils of traditional hand-weapons and firearms was a panoply of other devices such as the fire-hoops and the trumps: a primitive version of the terrifying flame-thrower. Combining all these weapons with the implacable religious fanaticism of both sides, it is hard to think of a bloodier and more bitterly contested battlefield in history.

The Maltese people were at the mercy of opposed forces in the Siege of Malta. What was their view on events, and how has history affected them at other critical times over the years?

By the time the Order of St John took charge of Malta in 1530 the Maltese people were accustomed to being used as part of the loose change of the great powers. At that time the island was a possession of the Spanish Crown and King Charles V was content for the knights to use it as a forward outpost in the war against the Turks. The Maltese had suffered greatly from the raids of the corsairs operating from their lairs on the north coast of Africa and so were relieved to accept the protection offered by the knights. When the island was besieged in 1565 they willingly offered to fight and despite the Grand Master’s misgivings about their quality the Maltese proved to be courageous and tenacious defenders of their homeland. Not just the men, but the women and even children too. The same qualities were to see the islanders through the much longer siege they endured during the Second World War when the island was subjected to the heaviest bombardment of the conflict.

What became of the Order of the Knights of St John following the Siege of Malta?

Following the Siege the Order was showered with gifts and rewards by the powers of Europe who had belatedly realised its significance. It was at Malta that the tide of Ottoman expansion was turned back, and the victory emboldened the Christian nations and gave them unity and a sense of purpose. At the Battle of Lepanto in 1571 they were able to assemble a coalition of fleets powerful enough to overcome the Ottoman navy.

As the danger from the East diminished and the European nations gained in power, the Order became something of an anachronism from the start of the seventeenth century. The age of the crusades was over, and the Order’s activities came to look more and more like simple acts of piracy. With the receding of the Turkish threat the knights began to live lives of luxury on the back of their loot and sold their services as mercenaries to the great powers.

Outdated and decadent, they were no match for the French army that landed on the island in 1798 under the command of young general Napoleon. The knights put up a feeble resistance that lasted a matter of hours before capitulating. Napoleon removed them from the island and the survivors of the Order were homeless for many years before being offered shelter by the Czar in St Petersburg. Eventually, they were given a base in Rome where the headquarters of the Order remains to this day. The era of the warrior knights is long gone and now they devote their energies to the peaceful service of the Catholic Church and the wider community through organisations such as St John’s Ambulance and the St John’s Eye Hospital in Jerusalem.

Yet the link with Malta is not completely broken. Even now there is a knight of the Order living in what used to be the quarters of the Grand Master Jean de la Valette in Fort St Angelo. Surrounded by the slowly crumbling remains of the vast fortifications, he still enjoys the views across the harbor and the island that his forebears gave their lives to defend, changing the course of history.