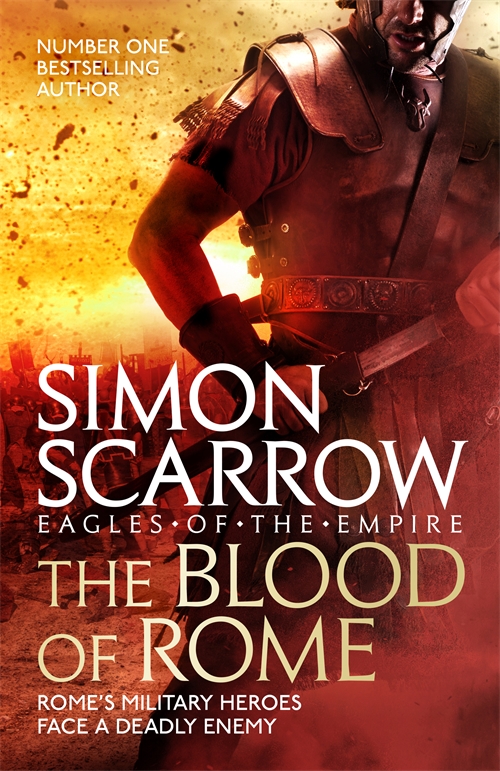 … called The Blood of Rome!

“The gripping new Cato and Macro adventure in Simon Scarrow’s bestselling Eagles of the Empire series, not to be missed by readers of Conn Iggulden and Bernard Cornwell.

It is AD 54. As trouble brews on the eastern fringes of the Roman Empire, Prefect Cato and Centurion Macro must prepare for war…

The wily Parthian Empire has invaded Roman-ruled Armenia, ousting King Rhadamistus. The King is ambitious and ruthless, but he is loyal to Rome. General Corbulo must restore him to power, while also readying the troops for war with the powerful Parthian Empire. Corbulo welcomes new arrivals Cato and Macro, experienced soldiers who know how to knock into shape an undermanned unit of men ill-equipped for conflict.

It’s a dangerous game to restore a deposed king. Rhadamistus’s brutality towards those who ousted him is the spark for an uprising which will test the bravery and skill of the Roman army the limit. While a sinister enemy watches from over the border…

The Blood of Rome by Simon Scarrow will be published in hardback, ebook and audio on 15th November 2018. Pre-order your copy now.